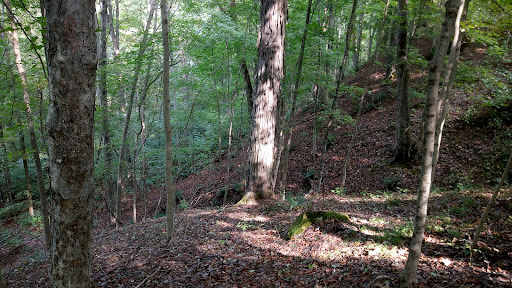 Enthusiasm and joy are two qualities that I've never needed to work too hard at. Compared to other qualities I need, they come rather naturally to me. These two things have definitely been a huge aid in staying positive and enjoying the assignment I've had for the last 11 years. But as it turns out, as naturally as they come, my internal sources of joy and enthusiasm are not limitless.

Prior to lockdown, it was obviously easier. Constantly seeing the others in my congregation, getting out and walking house to house past rivers and hills, and so on. It kept me on an easy high plane of enthusiasm, even when it got physically tiring. But after more than a year of quarantine, those feelings certainly took a major hit. More and more it felt as though I was exerting maximum effort for minimal payoff. This didn't come immediately.

At first, everything was great for me in lockdown. Life became easier, I had more free time, and I could delve into study projects and hobbies and all sorts of things I hadn't had time for previously. But slowly as we've adapted and returned to certain standards and practices we had before, the workload increased back to its former level. Unfortunately, while the workload returned to normal, the things I used to relax and rebuild my enthusiasm/joy levels did not return.

Now in the previous blog entry, I shared the main things I've been using to maintain sanity, namely study projects. But even as essential as those have been, you can't realistically study constantly. Your brain needs a break. More often than not, I found myself just staring at a wall trying to determine what to do that wouldn't feel like too much of a burden to attempt. Simply put, I couldn't think of anything to do. It felt almost like a building pressure valve that simply wouldn't open. Happily, even though I personally couldn't find a solution, one was handed to me.

After a stretch of several months with no good news whatsoever, the floodgates opened. In the span of just three weeks we got a new elder and an incredible four new regular pioneers. Immediately our field service groups felt reinvigorated and my personal workload diminished. This means for a relatively small congregation of just 42 (yes, 42 publishers) we have 4 elders, 1 ministerial servant, and 12 pioneers, which is possibly the highest ratio I have ever witnessed.

This development also reminded me of something important. Instead of looking at myself the entire time, examine the congregation I'm with. After an honest look, I realized I cannot help but be impressed by the people I'm surrounded with. Among this small group of 42, we have people who've helped with Kingdom Hall and Assembly Hall construction, served at Bethel, been Special Pioneers, helped with Warwick construction, attended SKE, instructed Pioneer School, done seldom worked and unassigned territory trips, had their life story in the Watchtower, and had their pictures shown at Annual Meeting. Suddenly what felt like being on a sinking ship became an airplane taking off. It became more and more obvious it makes no sense for me to feel unproductive just because I can't go walking up hills anymore. The congregation is growing faster than ever and our territory assignment is still incredibly productive.

Due to financial reasons (aka I was out of money) I had to take advantage of a window of opportunity and leave Guyana and go back to the US for work (see opening pic for the lovely backyard). But thanks to the Zoom connection we worked out, I'm still able to be part of my assigned congregation for meetings and field service, and should be able to continue to do so until I'm able to physically return to Guyana (which will be when? Who knows. Covid cases in the US and Guyana both are going up, so we'll see how things pan out).

Posted by Josh Westfall at 9:42 AM

Do Yourself a Favor and Watch These